The one thing I hate about graphic designers is that Wrapability isn’t one of the design parameters they use for creating packaging.

If it’s a free range kitchen…

Well, another week, another D&D Session. Exactly how life should be running. I’m proud to start in on another series of posts that will bring you the adventures of our still nameless party. This time audio-enabled since I totally recorded during the session, and audio is fun! Excuse any fails in audio quality, as this was recorded with a simple laptop built in mic.

Due to the fact that I don’t have any good ideas for what to post today, and I have these sitting in my game notes from last session, I figured that I would slap these up here and let y’all enjoy them.

First, from the amazing mind of one Wiley “Rasp” A.:

Violence: It’s the bind that ties.

Then, an interchange from the full table.

Kelly: Oh! Those are sleeping bags? **points at the drawings Paul is doing on the battle map. Of graves.**
Paul: Kind of.
Wiley: The permeant kind.

Herein lies the final installment of the writeup of our group’s first adventure. I hope you enjoy the exciting conclusion of our epic adventure, and tune in at the end of next week (our DM demanded his vacation from work off from running games, too) for our next installment of the story!

We ended up taking a break and sleeping a little bit before resuming our session as if nothing had interrupted us. Sometimes a person needs some sleep, and none of us are as young as we used to be (or so they tell us…) It should be noted that this particular adventure was played on 1 January 2012.

Our D&D adventure picks up where the previous one left off. If you’ll remember, the intrepid party had just arrived at the walls of the city of Winterhaven, where rumors of the cult they had been hired to deal with had led them.

I get y’all wonder what happened to me. Well, There was a bit of a scramble to get ready to have a new years D&D game. I pulled it off, in addition to a huge amount of cooking, just in time. It did mean skipping two days worth of entries, though. In apology, I’m going to start writing up the D&D adventure we just experienced.

So, herein lies the tale of our three intrepid adventurers. 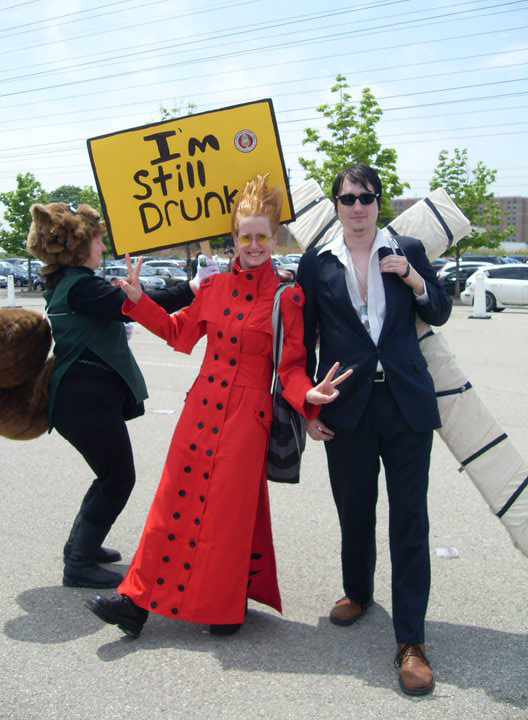 This picture is so silly and I utterly adore it (as if you couldn’t guess). It was taken by Nicci, and the photobomber in the background is Kat in her Ch’p costume.

OH! and once I finish writing up the post for our trip home from vacation (stupid driving, so boring) I will have a month under my belt where I have posted something for every day! Go me!

The final day of the Con was quiet, which was as I remembered them being. Friday is like a winddown day with a handful of panels and great opportunities in the dealers’ room. Paul and I left for the con pretty early, with Alex and Nicci (who are also early risers). Nicci’s job on my hair was astounding. Utterly, astounding.

So, we did the final day of the con, which went by quickly, with out costumes extra perfect. We did a short photoshoot in costume and I look forward to seeing Ruth’s pics from it, in addition to my own.

The whole group sat around shooting the breeze for a good bit, waiting for Brian’s pictures of his Doctor cosplay to get printed. Then it was off to see the 404 preform their last show. The 404 is an improve group from Toronto, and they were fun to watch. From there it was to the opening ceremonies. During the opening ceremonies I realized that Paul and I had not only met, but been photographed in our cosplay, by one of the Japanese VAs! 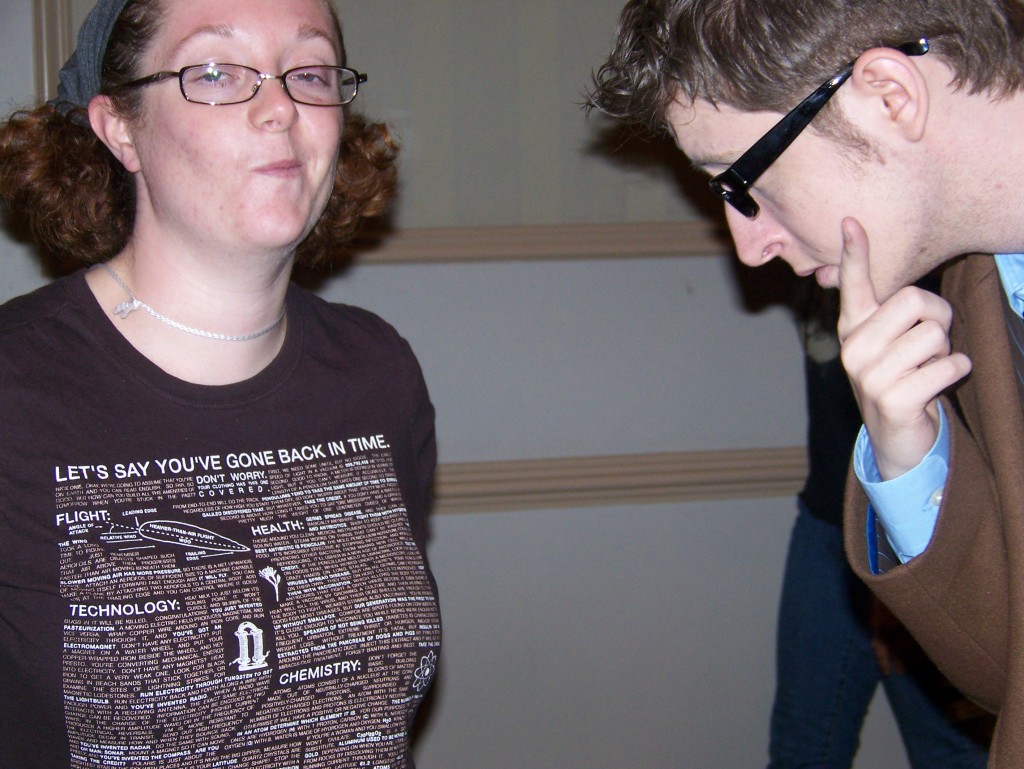 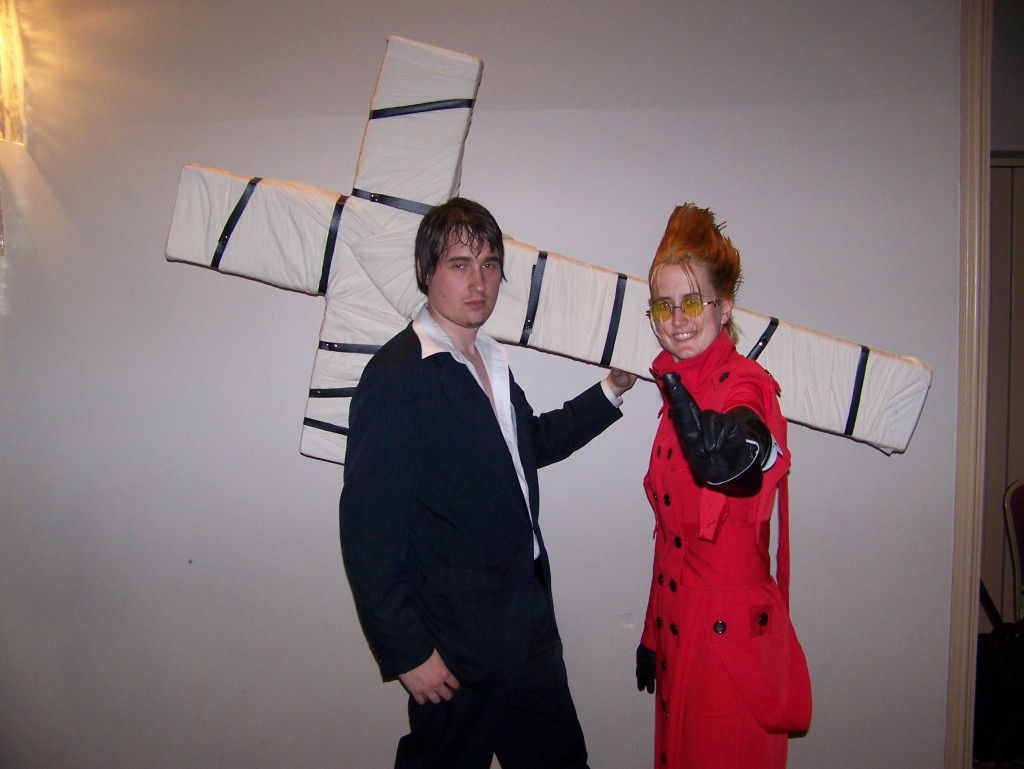