Originally reported by Discovery News in their blog on 16 September 2011. That’s right, this one is actually current. But I saw this and felt that it deserved to be covered quickly and not wait around while I worked through a backlog of less pressing issues. 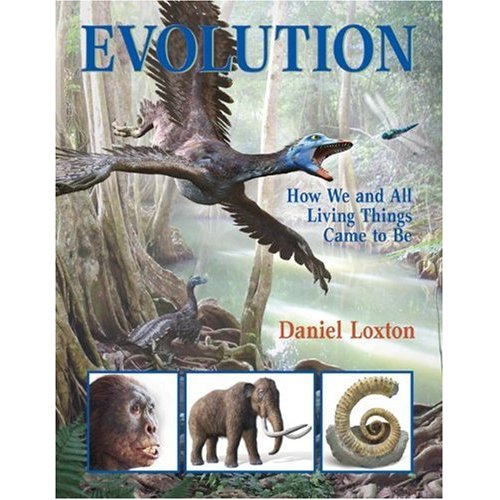 If ever you wonder why US children score so much lower on science related tests, you just have to look at the situation surrounding Mr. Loxton’s book. Normally books about evolution can find publishers pretty easily. A good example is Biologist Richard Dawkins’ “The Greatest Show on Earth: The Evidence for Evolution” which was published by Free Press of New York, NY. But American publishers, the same publishers who also published Dawkin’s “The God Delusion” decided that a book on evolution targeted at ages 8-13 was “too hot a topic”. It wasn’t until Canada’s Kids Can Press stepped up and hit the go button on the publication that the book received a Lane Anderson Award nomination and was a finalist for the Silver Birch Award.

Heaven forbid science and pre-teens go together and we start teaching your children to think and examine what they read. Heaven forbid we start to teach them to examine theories and controversies for themselves and expand their brains instead of only teaching them what’s “safe” and “not too hot”.

Originally reported by Discovery News via their blog on 28 September 2010. Yes. this is a year old. I don’t care. I still find it interesting.

During the 18th century it was decided that a nude of dwarf and court jester of the time, Morgante, was painted over. The original canvas, titled “Bronzino”, is double sided, and portraying both full frontal and full backal nudity on the part of the dwarf. The work was considered obscene prior to it’s vandalism. The painting was “Fixed” by adding masses of vines and grapes to “protect” the modesty of Bronzino and recast him as a humble servant overing wine.

The subject of the painting rose from the status of slave to be a landed man and favored subject of Duke Cosimo l de’ Medici. Duke Medici also had his favored entertainer portrayed in a number of other works by a variety of other artists. Even, however, he was not safe from the various mistreatments of dwarves in the times. “Nani”, and the dwarves were known then, were expected to entertain and amuse, being made the butt of many jokes. Even the landed and titled Morgante continued to suffer at the hands of other courtesans.

Prehaps, now, he is getting the last laugh. He has achieved a level of longevity and grandness those abusive courtesans can never achieve. He is immortalized in a collection or art that places him as the center.

Original news story was reported by Discovery News on 6 December 2010.

In one of the more epic developments in computer workstations in decades, Aachen University Media Computing Group has developed an amazing new desk that doubles as your computer monitor and full interactive interface. The desk is formed from a curved 40 x 40 inch acrylic sheet that’s bent in the middle. Cameras use it to project both your monitor and your interface, which all run as touch screens. That’s right. Someday you whole desk will be one big-ass touch screen/monitor combination.

Read moreKitsu’s Afternoon “News” – The Ultimate Desk is your Computer, too.

The original story was found at Discovery News and was dated 25 August 2010. So this is another older bit of news. 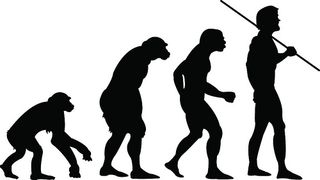 It was BBC that originally posited the idea that competition might not be the driving force in evolution. It’s suggested instead that spaces, and exploiting those spaces better is the source of evolutionary change. Which makes sense, when you start to consider the major evolutionary changes that created the various shifts in evolutionary direction.

For example, the lines of smaller dinosaur species developed into birds. This shifted their environment from being land bound to being dominantly airborne, and while changes in the available food were killing the larger dinosaurs, these smaller and more inventive species continued to evolve and exploit new environmental niches. The same thing (and nearly the same bit of geologic time) caused the rise of mammals. Large dinosaurs couldn’t be supported anymore, giving small animals in smaller ecosystems a chance to thrive. and then eventually evolve larger to exploit the recovering and now abandoned former environments of the dinosaurs.

Darwin was being called “wrong” at the time the article was put out by many, many sources. Including sources not prone to freaking out and overstating things. But I personally don’t think that Darwin was wrong. I think that he was the first step in an evolving part of science. And if there’s one thing I understand well about science it’s the fact that one idea leads to another. and that newest idea might show that the previous idea was not as true as we once thought it to be. But, this change in point of view, this change in available facts, does not change the contribution to science of the original idea. However right or wrong it might have been.

Scientific evidence corroborating what what suspected (by me, at least), that women experience more pain than men, has been found. It was also found that their are ties to gender roles and pain tolerance levels. It’s an interesting article that suggests physiological response differences to pain between men and women in addition to psychological ones, further confusing the studies of nature vs nurture and how such things relate to the overall role that gender plays in life.

We all know that the Mythbusters have tested the idea that swearing helps us endure pain, finding that it improved pain tolerance by 30%. And this fact is now backed up by academia! Scientist Rishard Stephens of Keele University in the UK, who preformed similar tests and won the Ig Noble Prize for his efforts.

Originally Reported by Discovery News in an October 2010 Article.